Cooling knowledge of plate heat exchanger
During the operation of the plate heat exchanger, attention should be paid to its temperature, and the temperature of the plate heat exchanger also needs special attention. After all, poor temperature control of the equipment will seriously affect its use effect and even its service life.
1. A thin rectangular channel is formed between the various plates of the plate heat exchanger, and heat is exchanged through these plates. It is corrugated by pressing a thin metal plate and forming a narrow flow channel at the same time. The cold fluid and the hot fluid flow on both sides of the plate and exchange heat through the metal plate.
2. The four corners of the plate are provided with flow channel holes to form a fluid distribution pipe and a converging pipe. The two ends of the entire device are tightly sealed with movable end caps and fixed end caps, and the gap between the plates is 26 mm. The main advantage of the plate heat exchanger is that when the fluid flows over the corrugated surface, the flow direction will change from time to time, which breaks the stagnant flow and creates artificial turbulence, so that the medium can achieve turbulence at a lower flow rate.
3. The heat transfer coefficient is large, the structure is compact, and the heat transfer area per unit volume is large. It is convenient to disassemble, clean, repair, increase or decrease the plate to adjust the heat transfer area, and the operation flexibility is great. However, the medium flow channel is narrow and easily blocked. The heat dissipated by the hot phase of the plate heat exchanger is transferred to the cold phase through the corrugated metal sheet, so that the cold phase absorbs heat and uses energy.
4. The boiling temperature is low, and the vacuum cooling is based on the principle of the relationship between the boiling temperature and pressure of the solution in a closed container, and the pressure is lower. Under vacuum conditions, the boiling temperature is lower than normal pressure. The higher the vacuum, the lower the boiling temperature.
5. After the high-temperature sodium aluminate liquid enters the vacuum container, since its own temperature is higher than the boiling temperature under vacuum conditions, the liquid self-evaporates and achieves the purpose of cooling at the same time. The evaporated gas is condensed by the circulating cooling water, and then circulated together with the circulating cooling water, the liquid is concentrated and cooled. In the vacuum cooling process, the self-evaporation heat is taken away by the circulating cooling water and released into the air in the circulating water tower. The other part is discharged into the air together with the manual dry oil pump. The heat from the self-evaporation of the liquid is not reused.
6. In the shell-and-tube heat exchanger, the two fluids flow on the tube side and the shell side respectively, generally cross flow, and the logarithmic average temperature difference correction coefficient is small, while the plate heat exchanger is mostly co-current or counter-current. 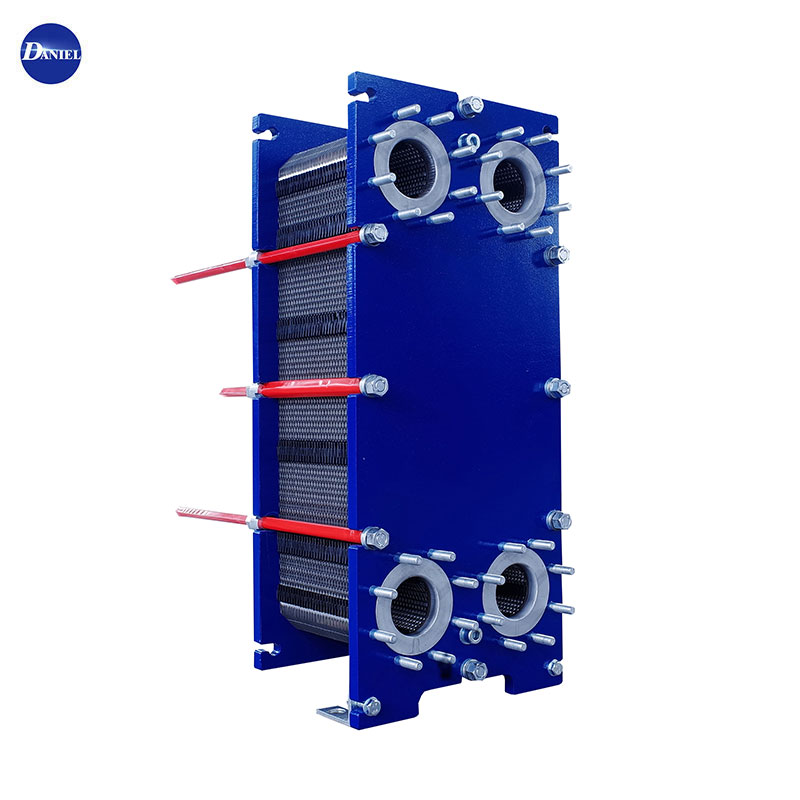